Tonight I waved to Canadian astronaut Chris Hadfield as he commanded the International Space Station and flew over my house. He didn’t wave back nor did he take the offer of landing and having some coffee cake with me, I thought Canadians were polite? It was exciting to see the ISS and I was more excited to point my Nikon D800 to the sky and snap 5 photos of the station as it appeared and disappeared in the span of two minutes.

In my image below you can see these five images merged together. There are two dots that end cap two dashes in the image and that is the station appearing and disappearing in the sky. It does not fly across the entire night sky but becomes visible for only minutes at a time. Don’t misguide your thoughts by thinking it is only a dot in the sky, knowing that you are seeing the ISS a major part of world history is exciting. One day I will be telling my grandkids, “Before people lived on the moon I got to see the International Space Station.” And they will ignore me and go back to their iPhone 247.

If you want to get text messages or emails sent to your phone from NASA as to when the ISS is soaring past your sky, sign up for alerts at spotthestation.nasa.gov. 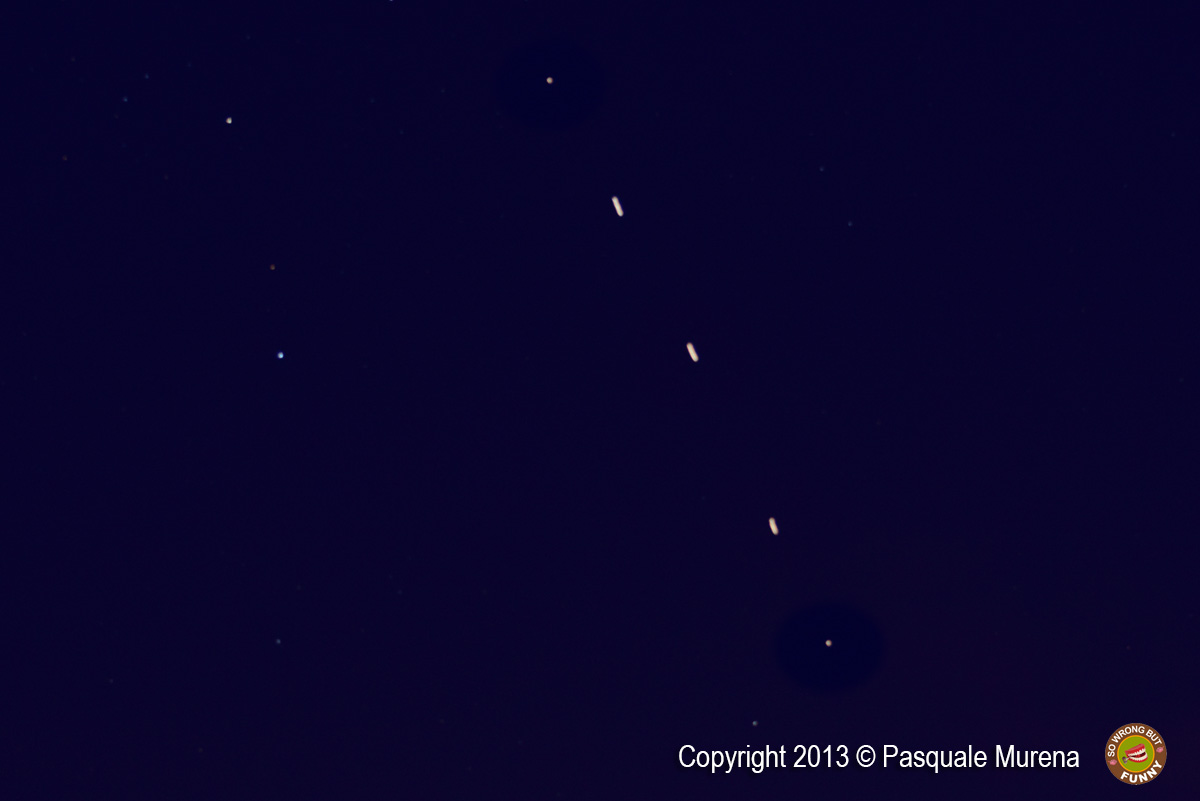