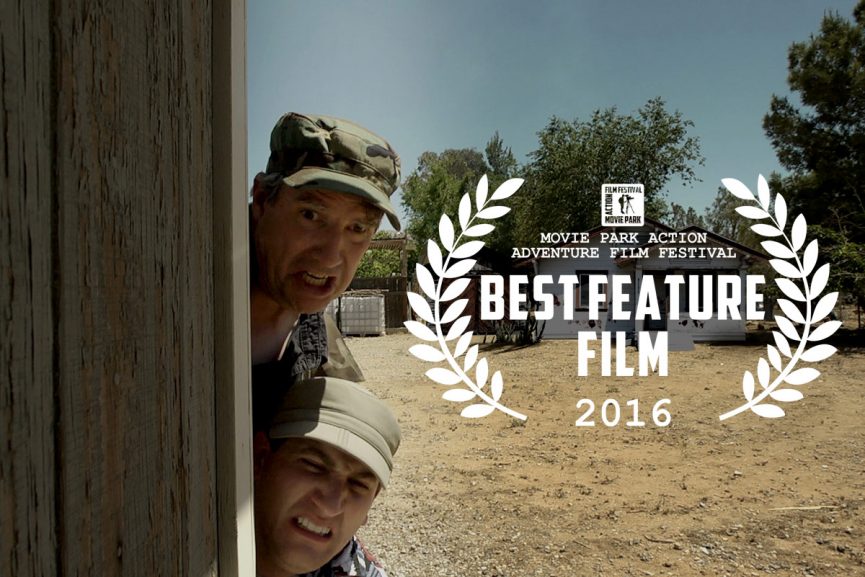 I am excited to announce another Best Feature Film win for my feature, “Chip & Bernie’s Zomance” from the International Action Adventure Film Festival Movie Park. This Los Angeles based film festival had over 1000 film submitted to them and we are honored that they picked us to be their best feature film.

Here is the list of winners from their festival: 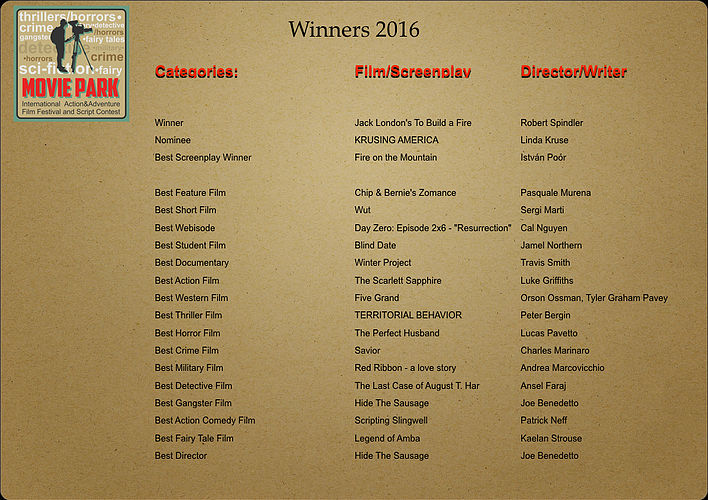