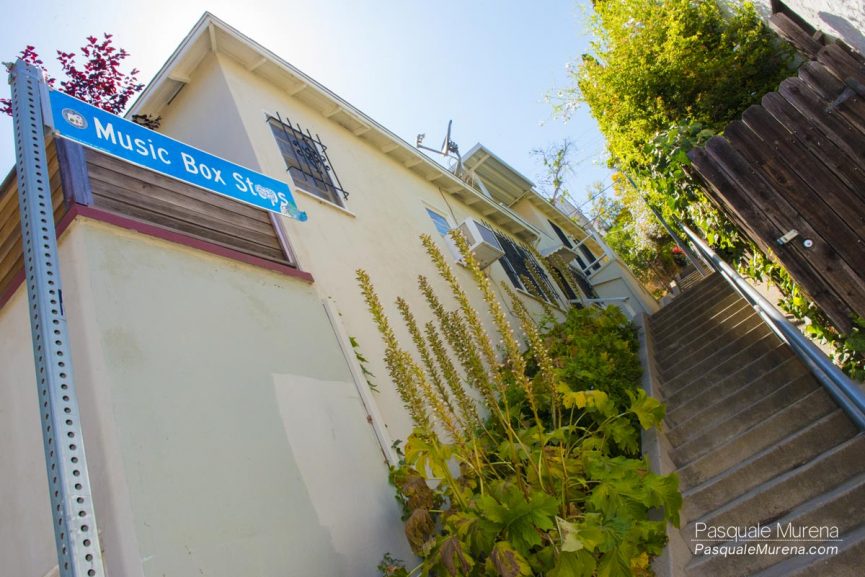 Known as the stairs leading to “1127 Walnut Avenue” from the prominent Laurel and Hardy short film, “The Music Box” I recently took a trip to the famous stairs. Located between 923 and 935 Vendome Street, Los Angeles CA this is something I have wanted to do since I found out these stairs were still around. Who better to drag along on this road trip than my friend, Marc who is as big a fan of old comedies as I am.

The plot of this film is simple yet hysterical, Mrs. Theodore von Schwartzenhoffen buys a surprise birthday gift from Laurel and Hardy’s employer – a piano – for her husband Professor Theodore von Schwartzenhoffen, M.D., A.D., D.D.S., F.L.D., F-F-F-and-F. The comedy team learn that the address 1127 Walnut Avenue is up a long flight of stairs and after several attempts to bring the piano up, they end up at the bottom again and again. I won’t tell you the ending because I don’t like spoilers. 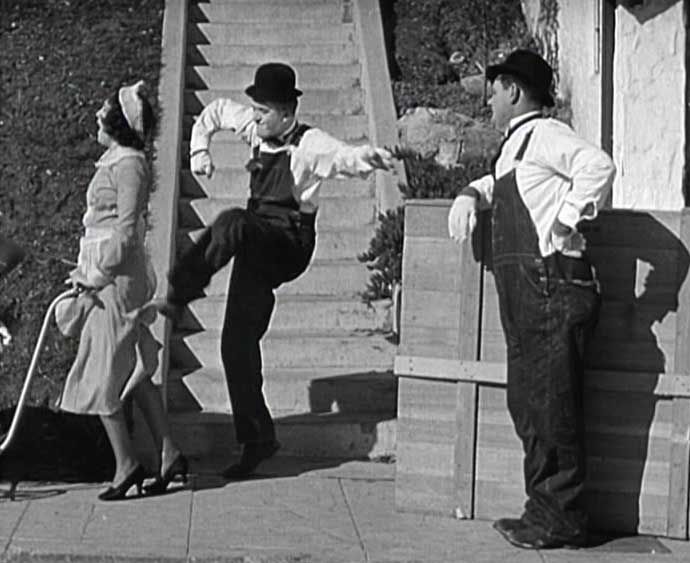 Produced by Hal Roach, “The Music Box” is an important film for many reasons, it is the 1st film to win the Academy Award for Live Action Short Film (Comedy) in 1932. In the 5th year of the Oscars they added the category for Short Films separating them into two sections Comedy and Novelty. It only lasted four years but comedy had a category at the Oscars, even if it was only for shorts.

In 1997 this short was also included to be preserved in the United States National Film Registry by the Library of Congress as being “culturally, historically, or aesthetically significant”. The film was directed by James Parrott, a comedy actor and well-known writer/director of comedies during his time. He also directed the comedy team in “Helpmates”, “The Chimp” and “County Hospital” that were released the same year as “The Music Box” 1932 along with four Charlie Chase comedies. Even though Parrott’s life ended at the young age of 41 in 1939, due to alcoholism his work in comedy is still important today.

“The Music Box” is actually a remake of Laurel and Hardy 1927 film “Hats Off”, which uses this same steps. In this film the team is selling a washing machine and has to make a deliver to the tops of the stairs. This film was one of the films that helped launch the careers and stardom of Laurel and Hardy. This film is now considered lost, the last time it was screened was in Germany 1930 and since then no one has been able to locate a copy. Hopefully one day we can watch it to compare to “The Music Box”. 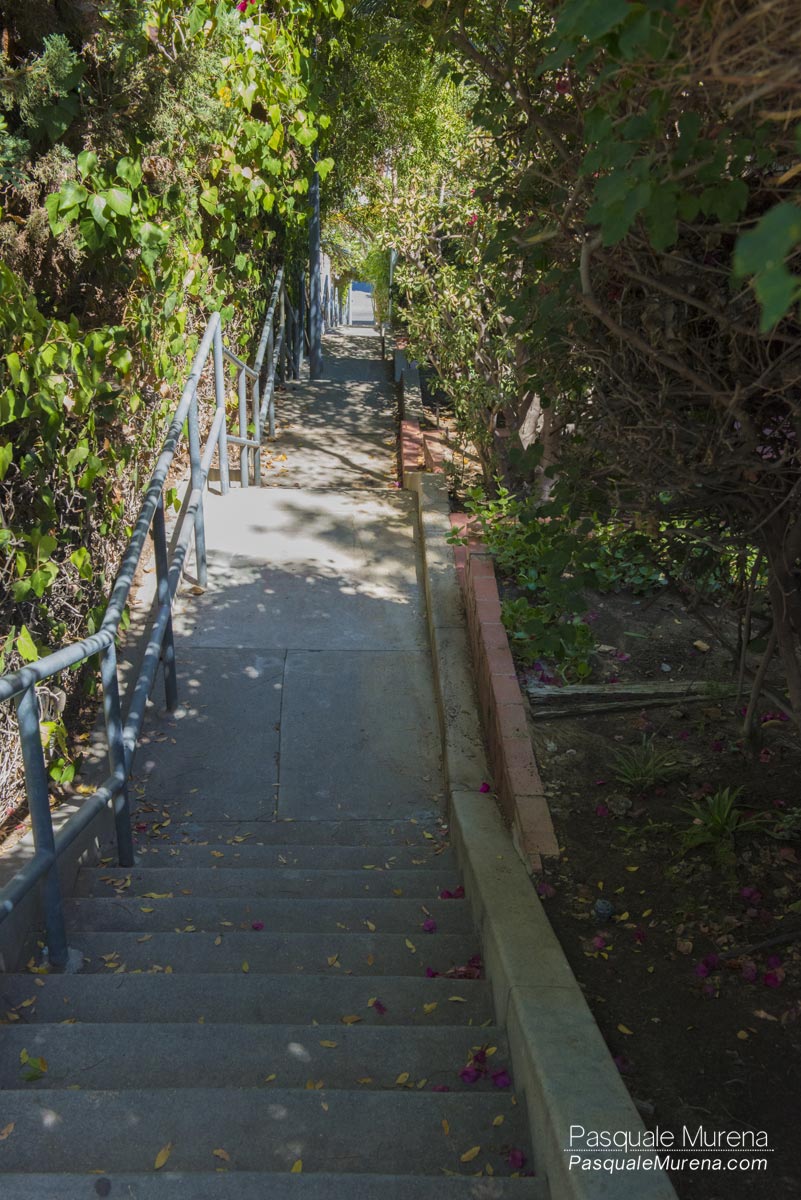 The Stairs from Laurel and Hardy’s “The Music Box”, view from the top 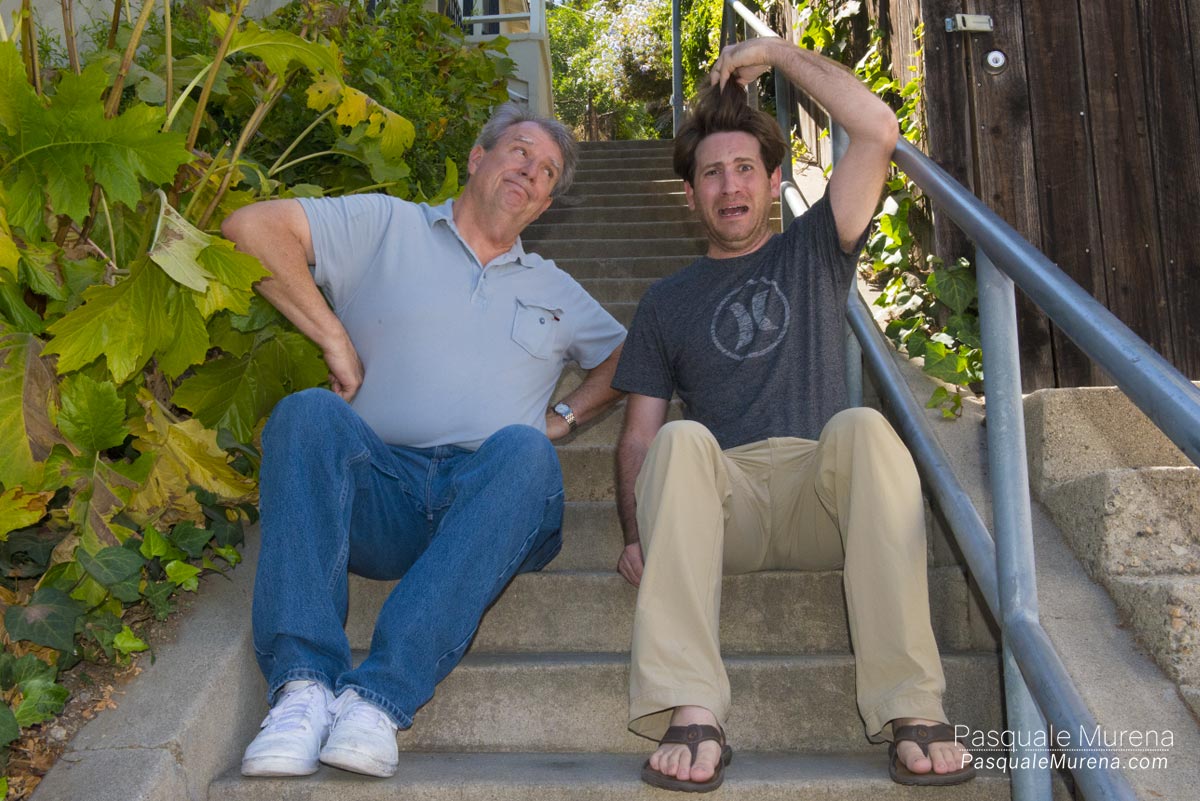 Marc and I doing our “best” Laurel and Hardy impression