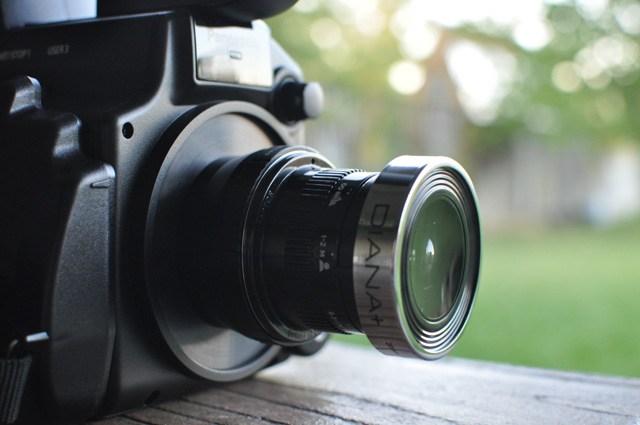 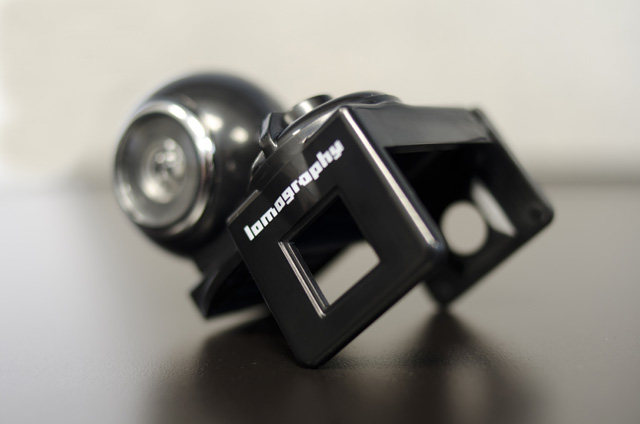 The Diana + 20mm Fisheye Lens could be a fun toy lenses that gives you results that you never expected but instead it is as disappointing as a politician once they are in office. Full of promises and hope then giving you no results. I recently purchased a Lomography brand lens and a Diana F+ Lens Adaptor for Nikon F mounts then immediately ran into problems.

I could see how one could easily think that their Diana lens was attached to their adaptor and that their adaptor was attached to their camera only to quickly learn they were wrong and have their lens crash to the ground. The “creative” minds at Lomography decided not to give instructions but rather give us, “The 10 Golden Rules of Lomography,” (aka 10 Ways to Take Up Space). Note to Lomography, next time make it 5 Rules and gives us instructions or Zero Rules and give us space to draw funny pictures next to your instructions. 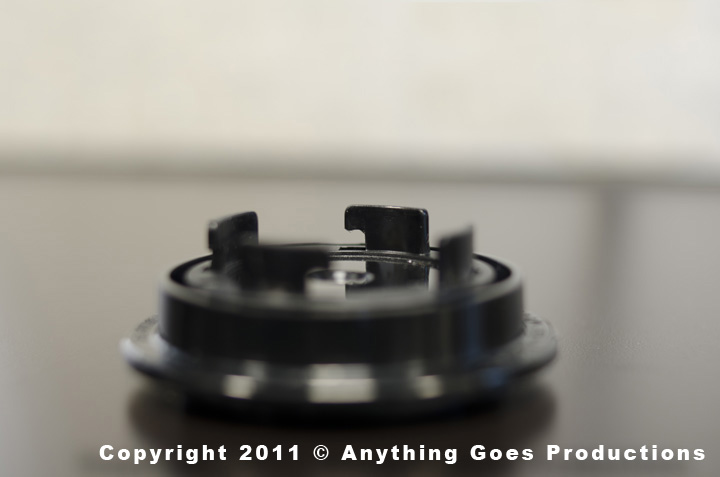 The Adaptor has little plastic hooks that attach onto your lens, [see picture to right]. Do not be afraid to twist your adaptor onto the lens with pressure. It seems like it will break but it doesn’t and this was the only way I could get it attached. I would suggest never taking your adaptor off and buying one for each of your Diana lenses if you decided to own them because after time it will break. Getting it off was even harder because the lens “focus” knob spins and once again I thought I was going to break it but after holding the lens tightly and using my Schwarzenegger muscles I was able to release it. Luckily it didn’t break!

All of this I am okay with, I am handy with film equipment and I can make anything work. I am one of those guys that don’t read instructions until I fail (which is often) but the average user wouldn’t be able to figure it out. Hence why instructions would be nice. What I do not like is how the Fisheye lens has such a large crop factor with your DSLR or 35mm camera makes the Fisheye almost unnoticeable. Let me better explain this without boring you so much, that you close the tab and go play online poker or watch a cute cat playing a banjo on YouTube. 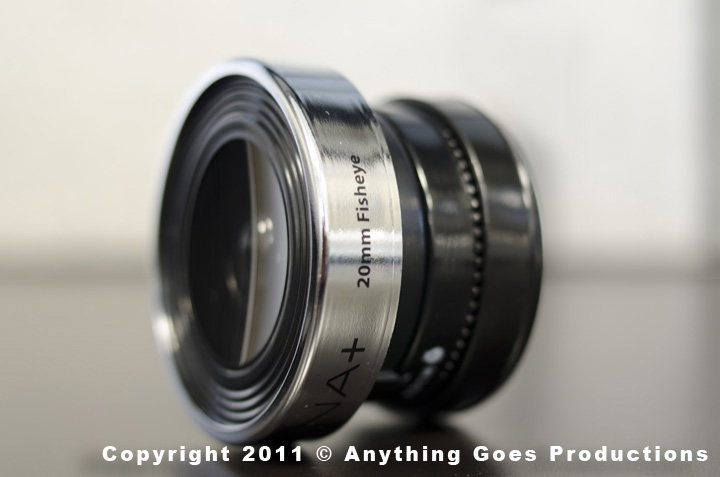 If you are using a Diana camera it is a medium format snapshooter which will give you a larger image in ratio to what the lens sees. A 35mm camera crops the image considerable and a DSLR crops it even more making the Fisheye effect nearly impossible to see. Imagine looking through a snow globe but only in the center, it would look like you are only looking through a piece of flat glass and that is exactly what my camera saw. Below are some examples of what my Nikon DSLR was capable of doing with the Diana 20mm Fisheye lens. The lens has three “focus” settings for close ups, medium shots and infinity. I put focus in parentheses because it seems to never focus where it says it should, this most likely has to do with the drop factor again.

Look at the pictures below and tell me if you are able to see any Fisheye effect. 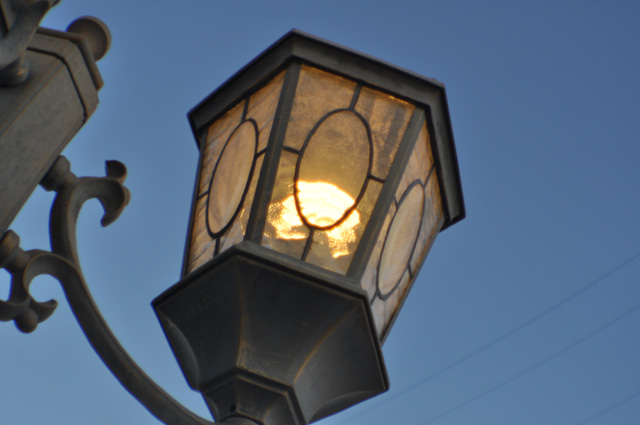 0.3-1m Setting for Close Ups: You can see the power lines on the edge of the photo have a slight Fisheye effect, otherwise the image is flat. 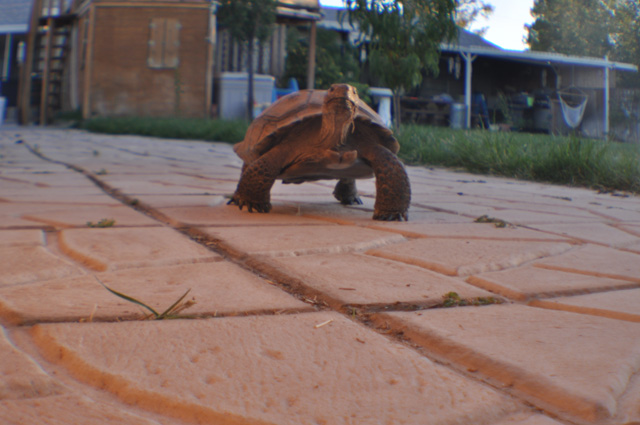 1-2m Setting for Medium Shots: With all of the lines in this photo you would hope to see more of the Fisheye effect but it is still flat. Also notice where the focus is.

In conclusion, if you are wanting to use your Diana + 20mm Fisheye Lens on anything other than your Diana camera I would not recommend it. It would be a waste of money and would not give you anything that looks like a Fisheye effect. Before I sent this lens back for a refund I decided to put it on my Panasonic AG-AF100 to see what it would do. Mind you the crop factor is even more on my AG-AF100 than a regular 35mm so this was just for fun. Here is what it looked like on the camera and a screen grab of some footage. 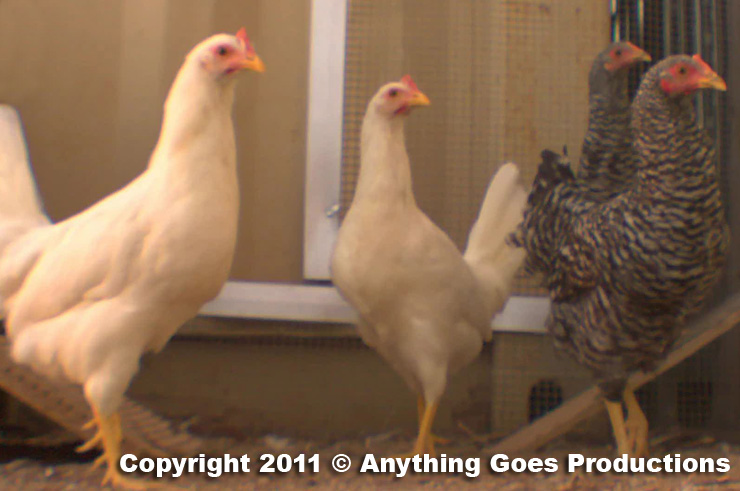