After our break from Chip & Bernie’s Zomance to work on our Christmas entertainment website iSpotSanta.com the production team of our feature film is getting back together April 6-7 to finish our last remaining shots of my first feature film.

Chip & Bernie’s Zomance is about two brother-in-laws living in a zombie apocalypse and are competing in a reality show to be named the world’s greatest zombie killing team. Being bug exterminators before the apocalypse their methods are sometimes unorthodox but they are ready for any challenge. Along the way they find out that they aren’t only fighting zombies but themselves and learn that they need each other to survive in a world full of zombies.

This zombie comedy is coming out great already, with high quality special effects and jokes non-stop. Check out our zombie website to hear all about it. 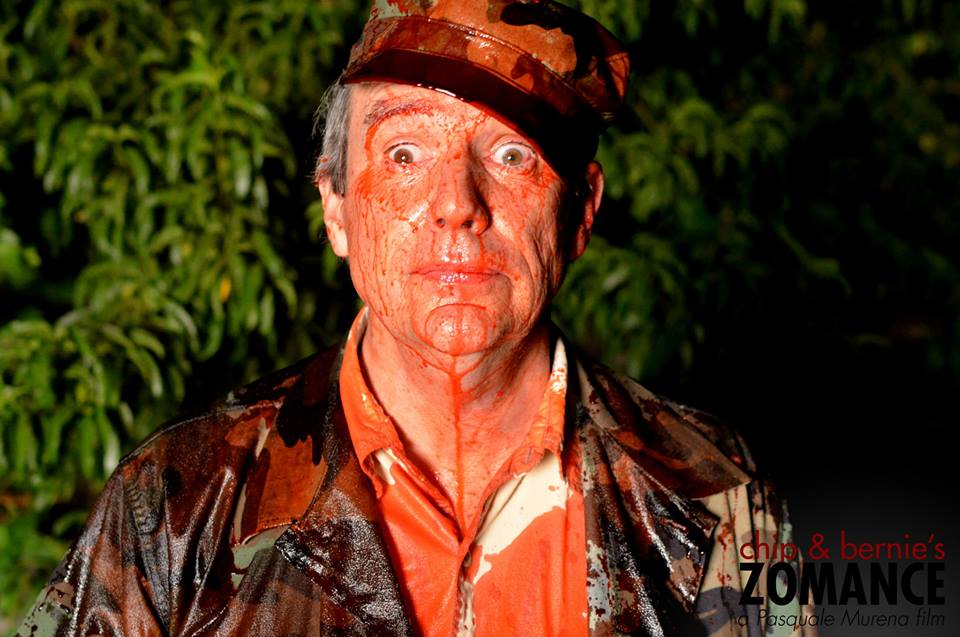 Marc Robert as Bernie after a blood bath