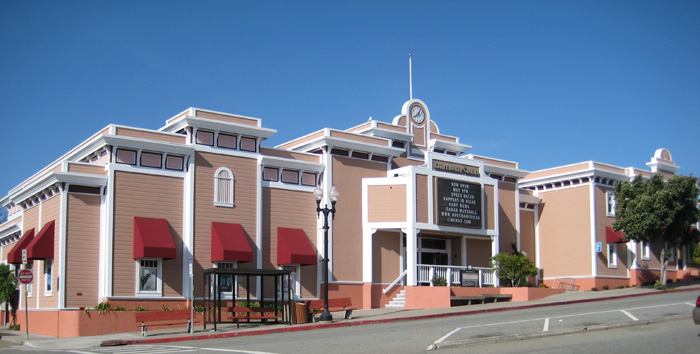 Bernie is stunned that he is going to be in a film festival about butterflies since our movie is a comedy about zombies and two best friends. This is when I have to explain to him that his best attributes have nothing to do with thinking and his job is to be my stunt double in life threatening scenes.

We are very honored that my feature film “Chip & Bernie’s Zomance” will be a part of the Monarch Film Festival in Pacific Grove, CA near Monterey Bay taking place December 10-11 at the Lighthouse Theater.

There were only six feature films accepted to this festival and we are proud to be one of those six. We do not know the screening time and date yet but when we do I will update you here. Chip & Bernie’s Zomance stars myself, Marc Robert and co-stars six time Emmy winner Tim Conway in a comedy about two friends surviving in a zombie apocalypse while competing against six other teams as the world’s greatest zombie exterminators.

Since we started hitting film festivals last month, we have been getting great responses from the audience and building more and more momentum for Chip & Bernie as president.  If you are a Central Coast Californian we hope to see you there for a good time and big laughs, we are planning on attending the festival too. Learn more about the Monarch Film Festival, here.