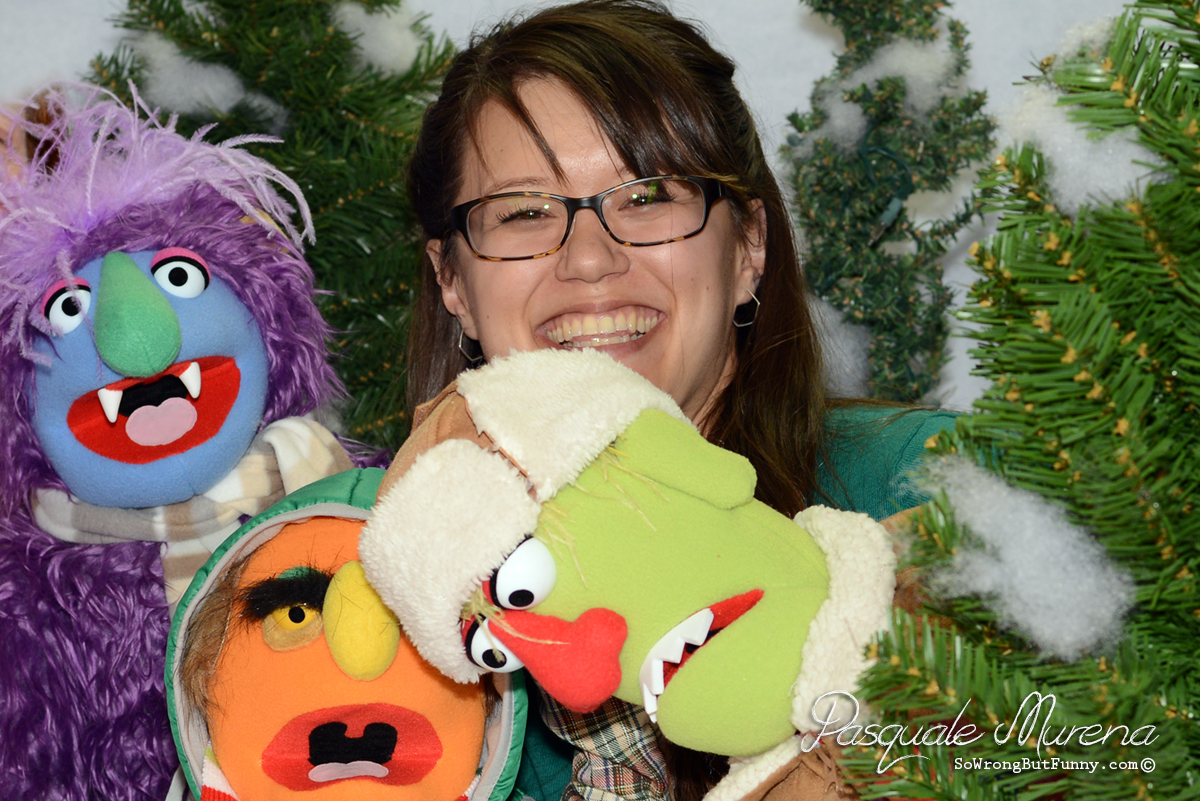 After finishing the final cut of Chip & Bernie’s Zomance I sat back with my gal and watched my first feature film with her for the first time all the way through. During the entire filmmaking process I kept thinking, “If only I could have made this film five years ago, where would I be today?” Mind you, probably in the same place but with a receding hairline but I realized after watching this film I was lucky to not make this film five years ago, actually anything three years ago or more.

One of my favorite shots of the movie, my Autumn (zombie), my best friend Marc (holding boom) and I (behind camera)

I would have ruined my film and not know why. Today I know why. I broke my rule as a filmmaker that I worked very hard to keep up to that point. This is probably the most helpful advice I can give you as young filmmakers. Work with the people you enjoy spending your time with. Face it, you aren’t going to always find the greatest actors out there, you cannot afford them but if you are genuinely enjoying yourself while making a movie it will show.

I worked on a web series for many years with a talented host but most of the time we were not enjoying ourselves. Sure we won a few film festival awards but when you watch the work you can see there was no enjoyment in the work. I wasn’t as eager to come up with amazing angles or spend extra hours to grab a better sunset nor was the host willing to entertain the audience at the level they were capable of. Most of the time they wouldn’t research the location, write the script or even have an outline to know what we needed to shoot. This bled into our work and was easily captured for our audiences.

If you look at the credits of Chip & Bernie’s Zomance you will see the same last names pop up over and over again, this is because I wrote roles to people I enjoy being around, family and friends. Now you might say but they people I enjoy being around are not actors. I had over ten actors in the film that have never acted before but you cannot tell because I catered roles to them and we genuinely enjoyed ourselves while making the movie. You are going to have to change your scripts for studios so get used to it and change what you need for your own films. Not once can I think of a time when we were not having fun on set. Even when we had squatters on our sets, cops harassing us, 3am shoots, we were all enjoying our time together because we genuinely enjoy each other.

Major motion pictures are ruined by bad chemistry on screen, “Did You Hear About The Morgans?,” “Fool’s Gold” or “The Tourist”. Even when films aren’t great, if the chemistry is there we still enjoy it: “Stir Crazy” or “Stepbrother”. I will never make the mistake I made before by working on projects I no longer enjoy or the people in them, your audience will see it in your work and shame on you for doing that.