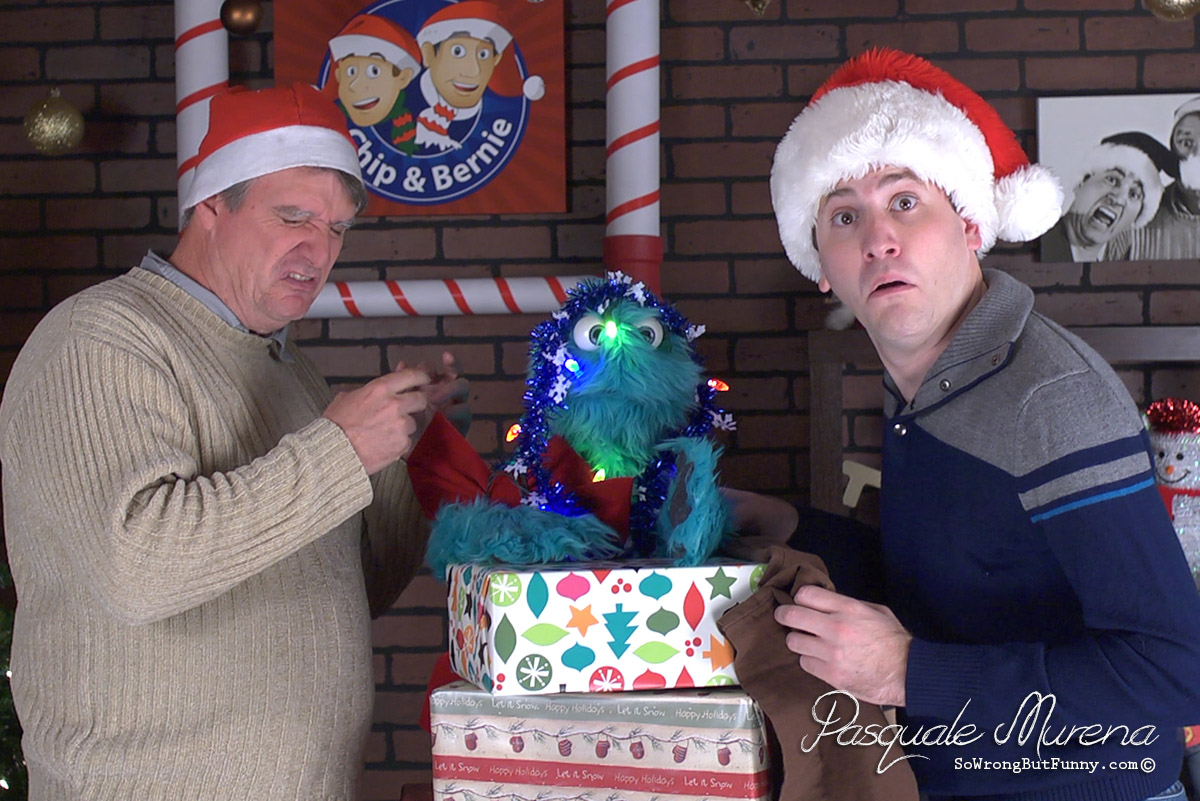 This Saturday I release the first segment of my new short film, “Chip & Bernie Save Christmas: The Christmas Bell”, for my holiday website iSpotSanta.com. I am extremely proud of this short film, everything a kid desires for a Christmas movie we have jam packed in here, including all that they expect from iSpotSanta. There is the quick-witted, physical comedy of Chip & Bernie, Tim Conway as the hilarious Dorf the Elf, an assortment of wacky puppets, robots, all eight reindeer, the North Pole, Santa Claus and the spirit and joy of Christmas!

Not only that but once the kids are finished watching the entire short they will be exhausted from happiness and laughter that they will be ready for a nap, can a parent ask for anything more? This is my sixth year of playing Chip with my buddy Marc Robert who plays Bernie and we both agree this is our best work yet. Mind you, we only say this because we want you to watch it but I also have a quote from my mother, “Best movie I have ever seen!”. She wasn’t talking about our film but I felt the quote was appropriate.

Writing this film was fun, I haven’t shot anything since “Chip & Bernie’s Zomance” and I was happy to get back to my roots, family friendly entertainment. I introduce some new characters: A robot that flies and can teleconference with Santa Claus named 2-PAY-P.I., a hairy, villainous puppet named Dr. Inconceivable and another puppet blue with the love of Christmas that becomes a kidnapped victim.

Last year the Chip & Bernie sketches received over 1.4 million video views alone in the span of one month so we look forward to exceeding that number this year. Merry Christmas and enjoy my new short film, share it with your kids and remember to help spread the spirit and joy of Christmas.